WHAT’S IN THE BOX

Out of the Box, your SLYR Pro has a removable sticker on the bottom-end of the left earcup with “Tap to Mute” user control instructions. 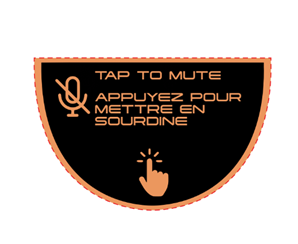 What devices can I use my SLYR Pro with?

SLYR Pro is a wired headset, and can be used with:

Recommended for Gaming with Chat Platforms:

Recommended for Gaming and Streaming Audio

Microphone Mute ON/Off (Both boom mic and onboard headset mic)

These additional EQ Presets are available in Skull-HQ Software:

SLYR Pro has a battery, therefore charging is required. SLYR Pro draws power from the battery or USB-A to USB-C cable when connected to PC or gaming console.

Yes, SLYR Pro’s boom microphone is removable and comes detached within SLYR Pro box. You can find the boom mic placed on top of the plastic package located between the SLYR Pro headset earcups. Attach the boom mic by inserting into aux port on the left earcup.

How do I customize my headset's settings?

Occasionally Skullcandy will publish a new SLYR Pro firmware version. This is made available in the Skull-HQ software where users will be prompted to perform the 3-5 minute upgrade upon connecting to the desktop software.

Battery life and play time is very important to me, how long does the SLYR Pro last?

What is the total charging time for SLYR Pro via USB-C charging cable?

Does SLYR Pro have some sort of fast charge?

Can I charge SLYR Pro my Skullcandy Power Accessories/PC/Laptop?

PLEASE BE SURE TO REACH OUT TO CUSTOMER SERVICE BEFORE FILING A CLAIM, WE CAN LIKELY HELP YOU QUICKLY TROUBLESHOOT AND SOLVE YOUR PROBLEM***

What happens if my Headset breaks or is lost?